Mesh windows rule a lot of camping tents so that air can move inside them freely and refresh the campers. When it rains, though, you’ll most likely zip the panels so that the water won’t collect in the portable shelter. That may cut off the ventilation easily, but it won’t be much of a problem with the best camping fans.

The design and capacity of the portable air circulators can change many times in a year. Despite their little sizes, you can’t simply take any model to the counter as you’ll put your comfort at risk. Get a good picture of the best camping fans below.

Let’s hit things off with a 9-inch ventilator from OPOLAR. It is the finest choice to bring outdoors due to its high level of durability.

The metal structure makes that fact obvious off the bat. They used industrial-grade material to construct the angular stand. The covers are fixed with several screws as well, so they won’t come off to expose the blades.

Cooling the tent can’t be difficult with the latter, by the way. The frame can rotate 360 degrees vertically; that’s why the air doesn’t stay in one direction alone. Since they are plastic blades, the unit cannot produce loud noises and disrupt your rest.

It is also the best camping fan energy-wise because, at the highest speed, it simply asks for 4 watts. 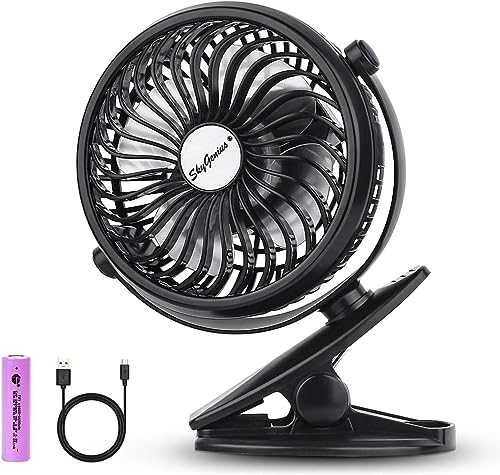 Do you want a product that can hold in energy and not require charging for a few hours? No problem – a suitable choice for that is SkyGenius’ mini desk fan.

It makes use of 18650 rechargeable battery, to be specific. You may prolong its life up to 6 hours, depending on how fast the blades will rotate. This cell isn’t hard to power up even in the mountains, considering you have a port for its USB cable.

The overall form of this fan is quite incredible too. It has a sturdy base, which allows the unit to stand on a flat surface without support. To get the most out of the wind it produces, you can clip it on the shelter’s fabric.

The fan’s size isn’t something to complain about either. The ventilating part measures a little over 6 inches in width, so the propeller gives off enough air. It can also rotate horizontally and vertically at a 360-degree angle as it works without cord attachments. 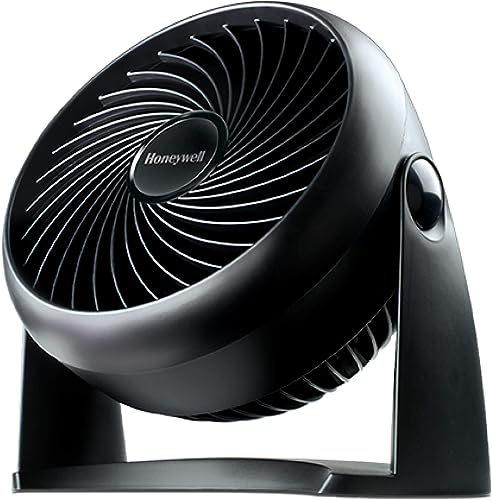 The Honeywell HT-900 model is among the best camping fans that come at a reasonable price. It doesn’t even reach 15 dollars, so the campers favoring economical goods may love it. Budget aside, however, this merchandise still isn’t subpar on various facets.

Its dimensions are much bigger in comparison with the first two items. It is 11-inch tall and has a stand that’s almost 6.5-inch wide; that’s why it won’t be easy to topple over anywhere. Such a size, in truth, makes it appropriate for a medium-sized canopy tent.

With the propeller at 7 inches in diameter and the unique TurboForce design, you can tell it circulates air nicely. There are even three different speeds to choose from. What ascertains that, nevertheless, is the head that swivels 90 degrees upward to increase the area that the air touches. 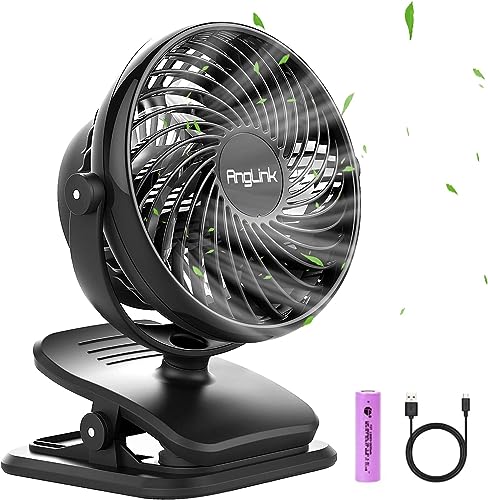 Once you can update your ventilator, one of the best camping fans right now comes from Anglink. As you take it out of the box, you’ll notice how the product resembles an airplane’s engine. But know that the modern features are not simply for a show.

The manufacturer utilized aluminum alloy to build its frame, for starters. This material is very durable; the color cannot fade or create friction either. It clearly isn’t hefty as well, since the whole fan just weighs 0.8 lbs.

Despite its lightness, you can be sure that slight motions cannot knock it down. That’s mostly due to the V-shaped base that balances the fan on a platform. As an alternative, it’s alright to hang it on the tent roof or a wall too.

Furthermore, the air that the merchandise produces through the 6 blades can fill an 80-foot marquee at max. It won’t cost much since this fan just eats up 3 watts in the highest speed. The 18650 battery also guarantees that it’s not necessary to plug it in often.

Hands down, the best power bank for the best camping fans is a solar-charging one by ROLISA.

It speaks of an excellent capacity of 24000mah, which is enough to power up a portable air circulator multiple times. That and the truth that it can gain energy from the sun make it perfect for lengthy camping trips.

You have three USB ports at your disposal because of this device. Aside from linking a fan to one of them, you may charge two other gadgets with it. Doing so won’t weaken the wind that the ventilator gives off.

There are a couple of tiny bulbs on either side of the outputs, in addition to that. When the nighttime falls, the power bank can also serve as a flashlight. They are stress-free to switch off or on since you just have to push the Power button twice.

The Standout Points of the Best Camping Fans

Staying outdoors has various perks, yet the experience may also pull you away from certain privileges. Electricity and ample room are among those things, without a doubt. Thus, the best camping fans should be:

Since you can’t camp out with just the fan alone, this should not be too heavy. It’s ideal if its weight remains below 2 lbs.

While a product with rechargeable batteries is great, you need one that functions with power banks. The latter offers more convenience, especially in case your adventure lasts for days.

It’s important to have a fan whose noise level doesn’t go beyond 60 decibels. Sleeping with it on will then be effortless.

To recap, the editor’s choice from the best camping fans above is a 9-inch air circulator by OPOLAR. Its metal body doesn’t prevent it weighing less and running without a lot of noise. It isn’t essential to stake your tent near an electric source since a power bank can turn the fan on.

Now, there’s no reason for you to endure a camping trip by fanning yourself manually.

Did this blog help you find the best fan for your next adventure? Let me know in the Comments below!